Serving the youth of Massachusetts.

The Mayflower Council was established in 2017 and is a result of the consolidation of Scouting programming that has served Greater Metro West and the South Shore areas of Massachusetts for over a century. Comprised of territory that was once part of the Algonquin, Norumbega, Knox Trail, Squanto, and Old Colony Councils, the Mayflower Council is rich with the traditions and history of generations of scouts and scouting families.

The Council’s name, which was selected by a youth committee out of 144 submissions that came from scouts, scouters, and friends of scouting from 50 towns and cities, has strong historical ties to our territory. The word Mayflower has high recognition and is instantly known world-wide as the ship that transported the Pilgrims to the New World in 1620 and landed, within the borders of our council, in Plymouth, Massachusetts. The Mayflower is also the name of the Massachusetts State Flower.  Chosen in 1918 by the state’s school children, the Mayflower is an evergreen ground shrub that prefers to grow in rocky terrain as well as along trail edges and forest clearings. Scouts are often found in these areas.

Mission Statement
The mission of the Boy Scouts of America is to prepare young people to make ethical and moral choices over their lifetimes by instilling in them the values of the Scout Oath and Law.

Council Purpose
It is the purpose of the Mayflower Council to provide the program support needed by the volunteer leaders of the various Cub Scout Packs, Scouts BSA Troops, Venture Crews, Explorer Posts, Sea Scout Ships, and Learning for Life Groups in the communities we serve in the Metro West and South Shore areas.

Journey to Excellence
For our parents, donors and community supporters, the volunteers and the staff of Mayflower Council, they can rely on the knowledge that their council is focused on its journey to excellence in the years to come and will focus the mission of our program on the following key vision, promise and purposes.

The Mayflower Council serves 61 cities and towns in Eastern Massachusetts and extends from Stow, MA in the north and Plymouth, MA in the South.  This overall territory is divided into six distinct areas, known as Districts, to ensure resources are evenly distributed amongst the Council’s constituent communities. To learn more about these districts and their leaders, please visit our Council Districts page.

Within and just outside the Council’s borders are three excellent Council-owned camping properties: Camp Resolute in Bolton, MA, Camp Squanto in Plymouth, MA and the Nobscot Scout Reservation on the border of Framingham and Sudbury, MA. Combined, they constitute over 1,400 acres of beautiful forested land, open space, lakes and streams, making each one into a true ‘Urban Oasis’. 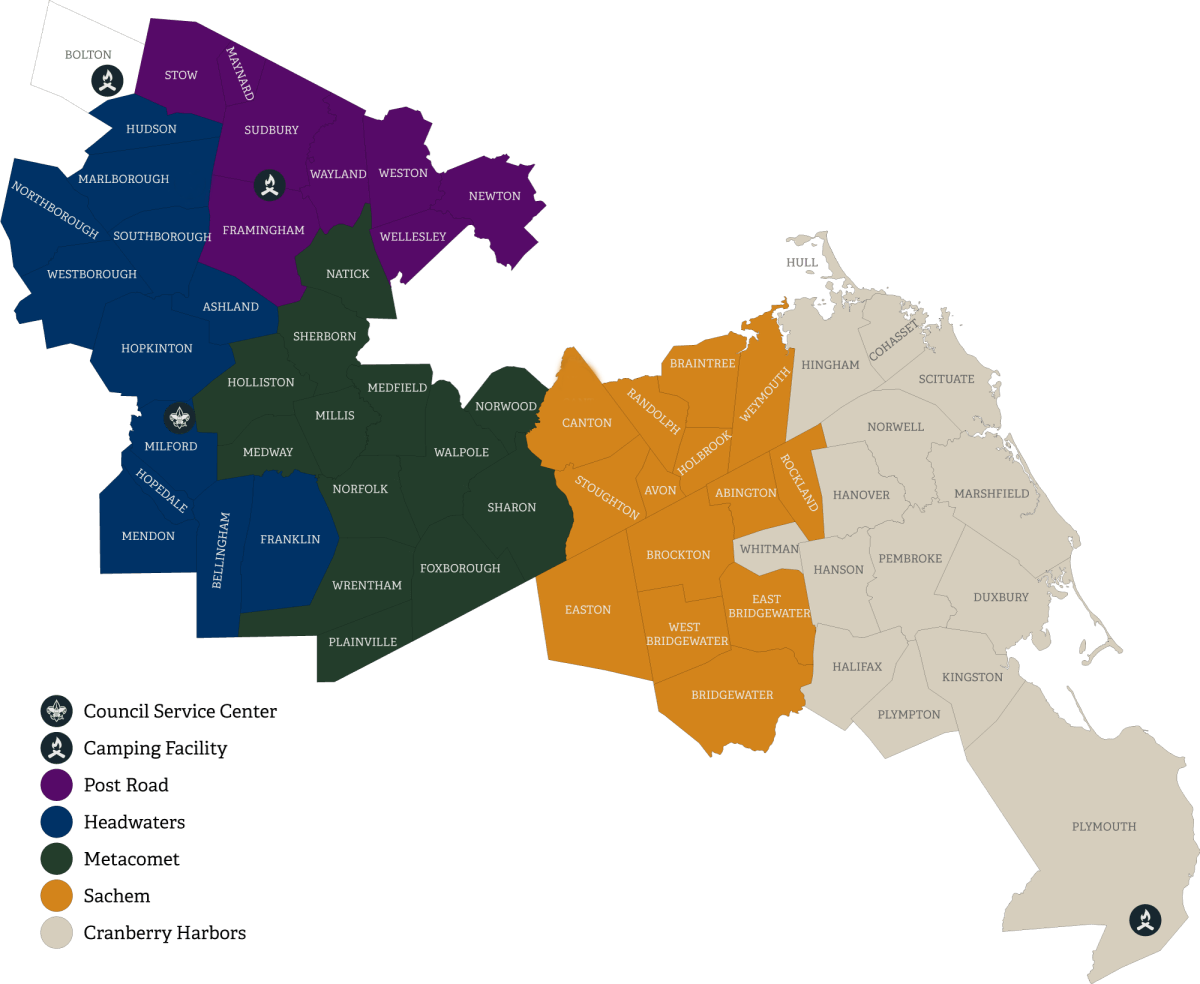 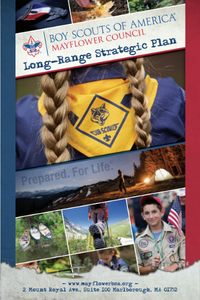 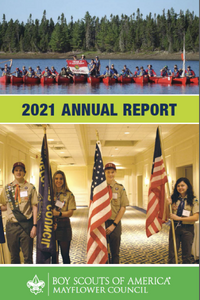 2021 Annual Report
Toggle Sliding Bar Area
Sign up for Our Newsletter
Sign up for our weekly newsletter for the latest news, updates and event information.