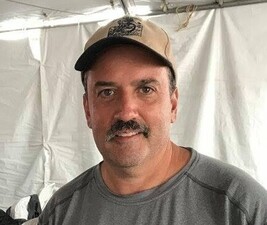 Paul has been involved in Scouting for close to 30 years. Joining Pack 4 in Milford as a Cub Scout, he earned his Arrow of Light and Parvuli Dei award. He crossed over into Troop 432 Milford serving in many leadership positions including senior patrol leader and junior assistant Scoutmaster. Paul earned the rank of Eagle Scout in 1988. He was also an active member in Taunkacoo Lodge serving as the chair of the camp promotions committee.

After turning 18, Paul remained active for the next 8 years as an assistant Scoutmaster and held various advisor positions in the Order of the Arrow. Paul completed Wood Badge in 1993 as part of the NE1-156 course and was selected for the Vigil Honor during that same time. He served on staff for many council training courses and special events.

Paul rejoined Scouting and became assistant Cubmaster for Pack 67 in Milford when his son became a Tiger and then Cubmaster for 4 years until his son crossed into Scouts BSA. Paul led the founding and growth of Troop 314 Milford with the assistance of an amazing group of parents and Scouts and has been fortunate to serve as Scoutmaster for the past 6 years.

Paul has served in a number of direct contact and adult leadership positions across his district and council. He has served 2 years as the Camp Resolute National Youth Leadership Training course director and served as an assistant Scoutmaster for Wood Badge course N1-244-17 at Camp Resolute. He held the position of district commissioner for 3 years. Paul served as part of the Mayflower Council contingent leadership to the 2017 National Jamboree. Most recently Paul has accepted the responsibility of a council committee chairpersonship; leading the Mayflower Council’s efforts to create a new and innovative camping and activity program to be known as Resolute Base Camp.

Paul approaches every task with the servant leader mindset he learned as a youth and fosters in every youth he serves. Paul is skilled at recruiting and leading talented volunteers and has built a motivated committee to support his latest role. Paul believes in strong succession planning in Scouting and leaves every role better staffed than he found it – ensuring his efforts serve the youth of tomorrow as well as today.

Paul has been recognized for his contributions to Scouting with the William D. Boyce Award, Unit Leader Award of Merit, District Award of Merit, Commissioner Arrowhead, Distinguished Commissioner Service Award, James E. West Fellowship and the Scouter’s Training Award. Even with these recognitions, the most rewarding experience has been the opportunity to get to know and work with so many amazing Scouts. He hopes they have gotten as much out of the Scouting relationship as he has.

Paul earned a bachelor’s degree in computer science from Worcester State College. He is currently employed as a technical lead at Telligen headquartered in West Des Moines, Iowa.

Paul and his wife Shelli will be celebrating their 25th wedding anniversary this year. They have two children: Jayna who is 19 years old and Steven, 17 years old and who is also an Eagle Scout. In his spare time Paul enjoys Scouting.