The North Star Award is a high-level award presented by councils on the behalf of the National Court of Honor for nonregistered volunteers who have made a significant contribution to Scouting; on same level as the Silver Beaver Award, which is for registered volunteers.

Mayflower Council would like to congratulate Patrick Maher as the 2020 North Star Award recipient. 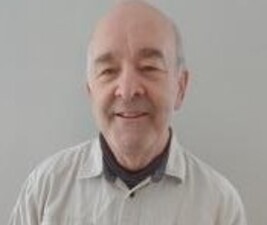 Patrick was born in Brooklyn, NY into a family deeply rooted in a service culture including teachers, librarians, military, and religion. His first volunteering was in his church. His family moved to Newton just as he and his two brothers reached the age of Scouts BSA and joined Troop 31 in legacy Norumbega Council while his sister joined Girl Scouts. His father, an Eagle Scout, class of 1936, became Patrick’s model for living the Scout Oath and Law. Following his brothers, also Eagle Scouts, Patrick achieved Eagle Scout at 12 years and 11 months. Many activities required for the six ranks and merit badges were completed at Nobscot Scout Reservation. In addition to troop leadership and instructor positions, Patrick was active in Musketahquid Lodge as a Vigil Honor member, serving as Chief of the Watanka Indian Dance Team. He worked at Hidden Valley Scout Camp for two summers serving as archery instructor and outpost activities director.

Patrick’s professional career consisted of 30+ years of successful global experience in sales, sales management, and sales training in the technology industry for IBM, Wang Laboratories, Honeywell Bull Systems, and SolidWorks. For 17 years he taught/coached sales skills, tactics, and strategies to sales people and managers in direct and indirect channels.

As his three sons grew older and became deeply immersed in youth sports, Patrick joined in with them coaching little league, youth soccer, youth basketball and YMCA youth sports. In addition, he served on the board of directors for little league and youth soccer. His volunteering with 70 youth sport teams spanned 24 years.

As a champion of open space, Patrick has served as a member of the Waban Improvement Society, was elected to the Waban Area Council, the Newton Tree Conservancy and for over 10 years has been a self-appointed ‘park ranger’, where he regularly provides trail maintenance for Newton’s Cold Spring Park. Patrick has also volunteered with Habitat for Humanity, WGBH Telethon, and is a regular blood donor to the American Red Cross.

Patrick considers himself fortunate to have benefited from many adults’ and friends’ guidance. One was Ed Bearfield, his Scoutmaster. Mr. B regularly told his Scouts to leave their campsite better than they found it. It took time for Patrick to realize he was not just talking about his weekend campsite at Nobscot. His referenced “campsite” was actually one’s life’s journey. Patrick has followed his Scoutmaster’s guidance in many different aspects of his life including family, friends, community, and career. It has been his “North Star” through his life.