A Balm for Babies

A Balm for Babies

Meet the latest Northeast Region winner of the Adams Award.

Last year, it was time to give back. For his Eagle project, Brendan returned to Boston Children’s to complete a two-part project for the hospital’s neonatal intensive care unit.

WHAT THE PROJECT ENTAILED: For Part 1, he recorded 150 children’s books for nurses to play using iPads that Brendan provided. The idea came from NICU nurses, who told him the sound of human voices is soothing to their young patients. Part 2 was to recruit quilters to make special covers for the NICU’s incubators. “There was a shortage of quilt coverings back when I was a newborn in the NICU,” Brendan says. “I asked about this during my first meeting at Children’s, and the big need was still there.”

HOW HE FOUND HIS READERS: Getting volun- teer readers was easy: Brendan’s friends, fellow Scouts and adults  associated  with his troop pitched in to record books in a makeshift studio he set up at his church.

The 40-plus hours of raw recordings needed plenty of editing; fortunately, a troop parent had expertise and volunteered to help.

HOW HE FOUND HIS QUILTERS: Finding quilters was a bit tougher. “From the clerk at the grocery store to the parents at the soccer field to the halftime break at a [New England] Patriots football game, we asked everyone,” Brendan says. He ended up  receiving  about 50 quilts from Maine to North Carolina, and they are still coming in. 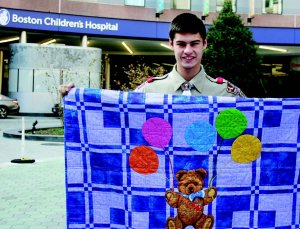 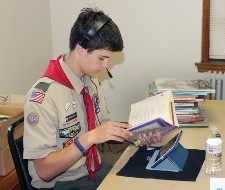 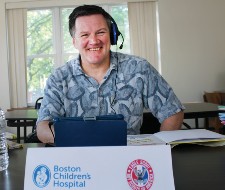 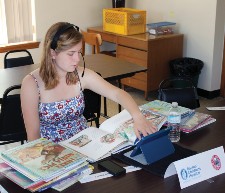 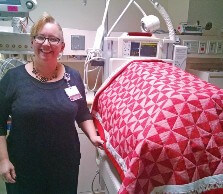 Brendan Sullivan organized a drive for quilt covers and audiobooks for newborns in the NICU at Boston Children’s Hospital, where Brendan spent the beginning of his life.

NOT PICKING FAVORITES: “They are all my favorite,” Brendan says of the quilts. “They were all made with love and care by some very special individuals who donated their time, talent and craftsmanship to help some very special children.”

THE NICU-EAGLE CONNECTION: Each quilt

includes a patch memorializing Brendan’s project, and families are invited to take a patch home with them. “I want the parents currently in the NICU to know this was part of an Eagle Scout project done by someone who was once where their child is today,” he says.

MANY HAPPY RETURNS: During the course of his project, Brendan had a chance to meet many NICU staff members. “They all welcomed me in as a Scout but also as a NICU graduate,” he says. “During my visits, I was introduced to several of my nurses — the same nurses who cared for me as a baby. It was very emotional for all of us.”